Masters Makeup Artist Margaret Kimura was born and raised in Los Angeles, California. Being of a Japanese heritage seemed at first a stumbling block. In her insightful book, “Asian Beauty”, she reveals, “Beauty is a subjective notion at best, but that doesn’t seem to matter when you’re an Asian-American teenager growing up in Southern California, where beauty is synonymous with long blond hair and blue eyes. Finding out where I fit into the beauty equation twenty years ago was difficult and painful at best. Yet from this conflict, she pushed on and taught herself about the world of cosmetics. ” I’ve never set limits for myself. I’m self-taught, so I’ve always made my own rules instead of following someone else’s. Maybe it’s because I had to deal with issues of beauty when I was a teenager, and so I learned very early how to bring out the best in everyone I work with.”

Since her father was a music producer, and her mother a television commercial producer, Margaret was raised steeped in the entertainment world. She first began working with makeup while most other girls her age were still playing with dolls. Margaret and her friends fell in love with the fashion industry, hoping one day to work as models or photographers. At the tender age of 12, they began copying fashion editorials, recreating the photographs they saw in magazines. Eventually, her close friend started working for the Wilhemna Agency as a model, and Margaret was the one who helped her shoot, style and put together her portfolio.

Wilhemna, impressed with the shots, began sending over models to be shot by Kimura, unaware of her young age. After graduating from high school at 15, she saved up her money and moved to Milan with a close family friend Douglas Keeve (Now a reknown Director of “Unzipped” and “Seamless” to name a few) as her guardian. In Europe, she honed her craft under the tutelage of professionals, which caused her to form the opinion that the best way to learn is to be, taught by mentors  (Way Bandy), not instructors. “You can’t learn makeup from a textbook.” These teachers inspired her to, go way beyond [her] craft. Kimura takes this notion even further, by advising, “Become a role model and be an example. Be the person you want everyone to be.”

For ten years she worked in fashion, spending time in MIlano,  Paris, Tokyo and New York and then returned home to Hollywood, where she used her skills in film, videos, commercials and fashion print. Some of her clientèle have included such celebrities as, Audrey Hepburn, Anne Hathaway, Lisa Ling, Tom Hanks, Andie MacDowell, Snoop Dogg, Arnold Schwarzeneggar, and many others. Also doing some of the most memoriable  and award winning TV commercials for “Nike” with Michael Jordan and Bo Jackson, and also “Pepsi” with Michael Jackson, Madonna and Ray Charles to name a few.

Apart from this illustrious work, she also has obtained much success in the business world, working in marketing for a number of diverse companies as an image consultant. and beauty expert.  This modern-day Renaissance woman has also developed makeup lines for Estee Lauder and iNouvi.

Margaret is the founder of the renown  “MKC Beauty Academy of Hollywood” from 2000.

Her first book “Asian Beauty,” publisher Harper Collins ,is a guide aimed specifically at women of Asian and mixed ethnicities. She felt that there was a high need for Asian women to learn about their beauty and have more examples to follow. When it comes to her career goals and achievements, she is most proud of, “The fact that I have been doing this for 35 years. I can mentor people and help them with their dreams. Truly my greatest achievement in life is that I am and always will be a teacher.”

Like every makeup artist, Margaret has her own unique and individual style. When asked what sets her apart from other artists, she answered, I think it is the fact that I focus on innovative style. I always try to stay 2 steps a head of the game…I don’t think there is a right or wrong way to do makeup. Known best for her use of the “Shadows & Light Technique,” she uses lighter tones to bring out one’s best features and darker tones to downplay others. Kimura has been noted to say “I know how to cover up flaws, but not who they are.” She also emphasizes on the importance of blending, a skill which is most definitely one of the reasons she has such a high male clientele.

Though she has the talent to work in every area of the makeup industry, she claims her application style comes from her print fashion background, which is her first passion. “There are many different elements to makeup. One is the creative aspect, which I see as an art form that I feel allows me to be very three dimensional with my creativity. Print makeup application is “High Definition Makeup”. It allows me to transform a pre-existing canvas with archetectual balance and structure hence utilizing the utmost detail in my application; for a flawless and beautiful end product”

I started in the industry when we could not rely on Photoshop to fix our errors. I teach my students to discipline their techniques  teaching them the handson method of perfection, nonetheless to do it picture perfect from the get go.

Currently Margaret has transitioned as a Beauty Portrait and Fashion Photographer.  Her first true passion that has lead her to becoming the Makeup artist that she is. Still deeply immersed in doing Makeup  for her own photographic works of art: her in demand with her clientele keep her calendar busy from both makeup and photography.  Photography is now a very important  part of her journey and she is excited to see how this path will open new avenues to her vision..

The beauty and fashion industries can sometimes be touted as superficial and shallow. However, an artist of the likes of Margaret Kimura brings intelligence, honesty, empathy and reality into it. Her perceptions on society, beauty, and life are all outlooks most people can relate to and connect with. Although her experience expands a liftime, she is constantly in serach of the next best thing…. For all her endeavors, she has already achieved her goal of leaving a positive mark in the beauty world; but still has such desires to concurring more for many years to come..

Margaret’s advice  to aspiring makeup artists is “Believe in yourself, have faith in yourself, strive. Do not let anyone tell you what you can or cannot do. Feel your passion and never, ever believe there is a cap to where you can take this. The sky is the limit.” 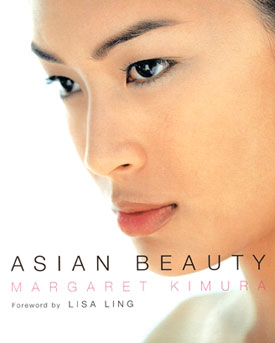